The Value of Apprenticeship - and Professionalism in General

In today's market for legal talent many law graduates are faced with difficult career choices. Some have no job prospects while others may have a job prospect that pays substantially less than they believed they would earn upon graduation.

To exacerbate matters, many law graduates have incurred massive amounts of student debt to finance what they thought would be a lucrative career. The short term odds of that gamble actually paying off in the present market have become much longer. Many are unsure if they should pursue a lower paying legal job or hold out for something better. Some may even be considering changing professions before they ever get started.

If you have a passion for the law, I suggest getting in the game at whatever price you can command and "earn your playing time" to use an athletic context. Much like an apprentice of old, you may just learn how to practice law from a master craftsman, which in end is priceless. If you are fortunate enough to already have a good position, focus on those things that add value to your firm and the clients you serve. Hold yourself accountable for your own career development. Avoid becoming slotted as a placeholder - someone who has a job until someone better comes along or the work you are performing no longer exists.

Going forward, those law students who shy away from massive student debt, even if it means going to a less prestigious law school, will put themselves, on average, in a much better position financially to compete for jobs in the buyer's market that will surely be with us for a number of years to come.

Finally, if you are planning to enroll in law school purely based on a desire to make money, consider finding something else to do. The same applies if you are already in law school, or perhaps even if you have graduated. The best lawyers frequently do earn the most money, but most of them will tell you that it is the achievement - succeeding at difficult missions, and not the money - which gives them their greatest satisfaction.

Be the first to receive valuable law firm management content!

Experts Surveyed About the Future of the Legal Industry

How Your Firm Can Use Data to Predict Future Performance

Characteristics of a Weak Space/Facilities Plan 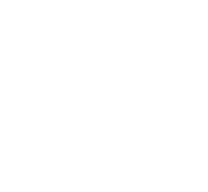